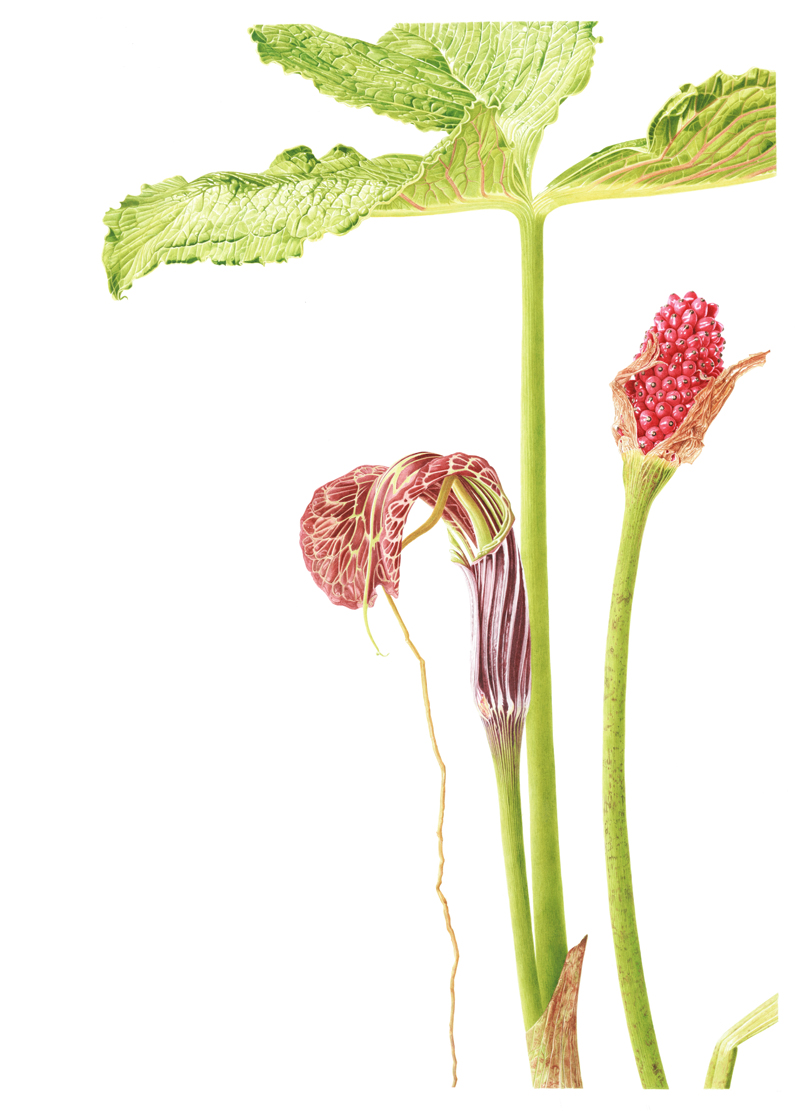 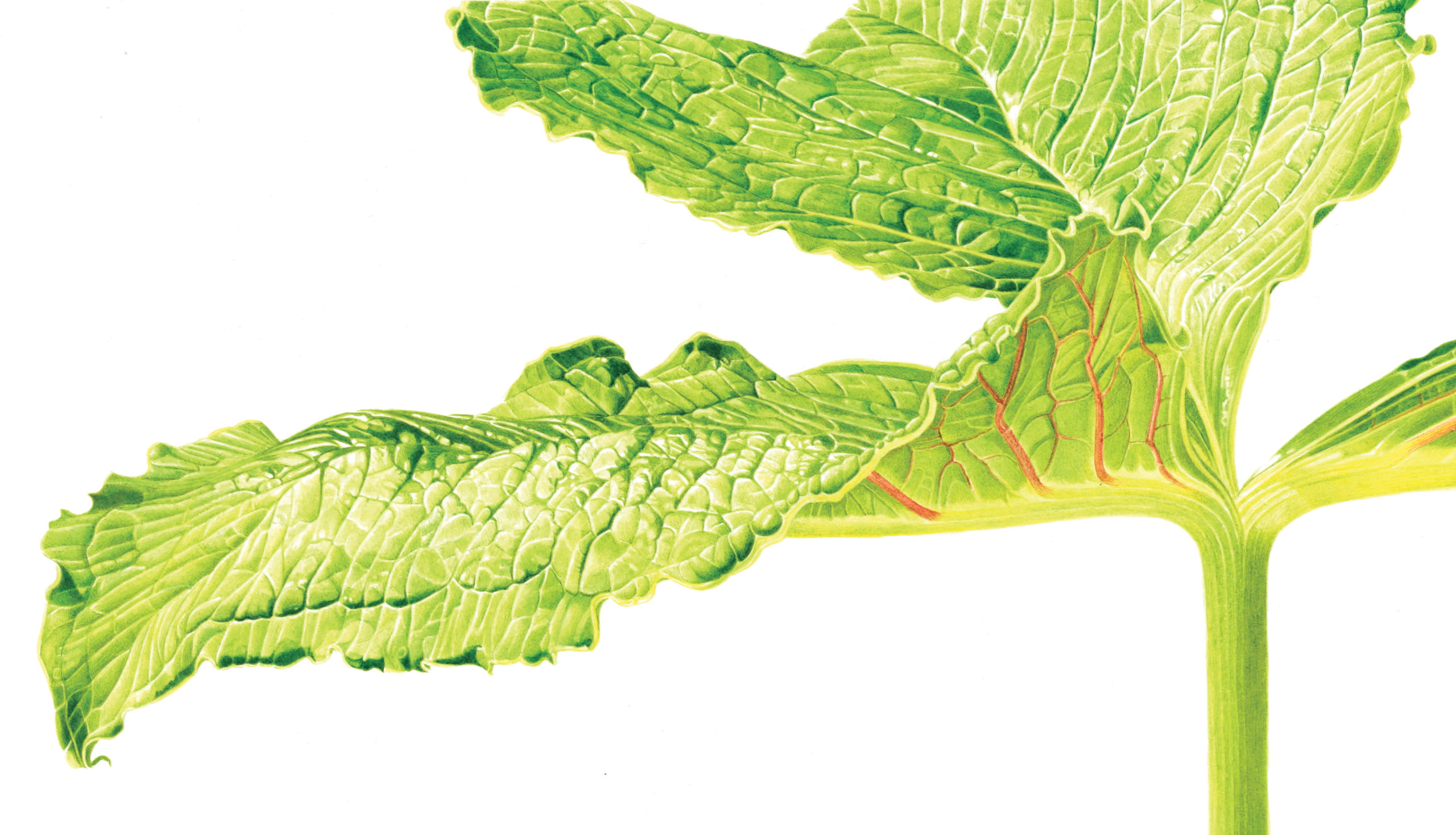 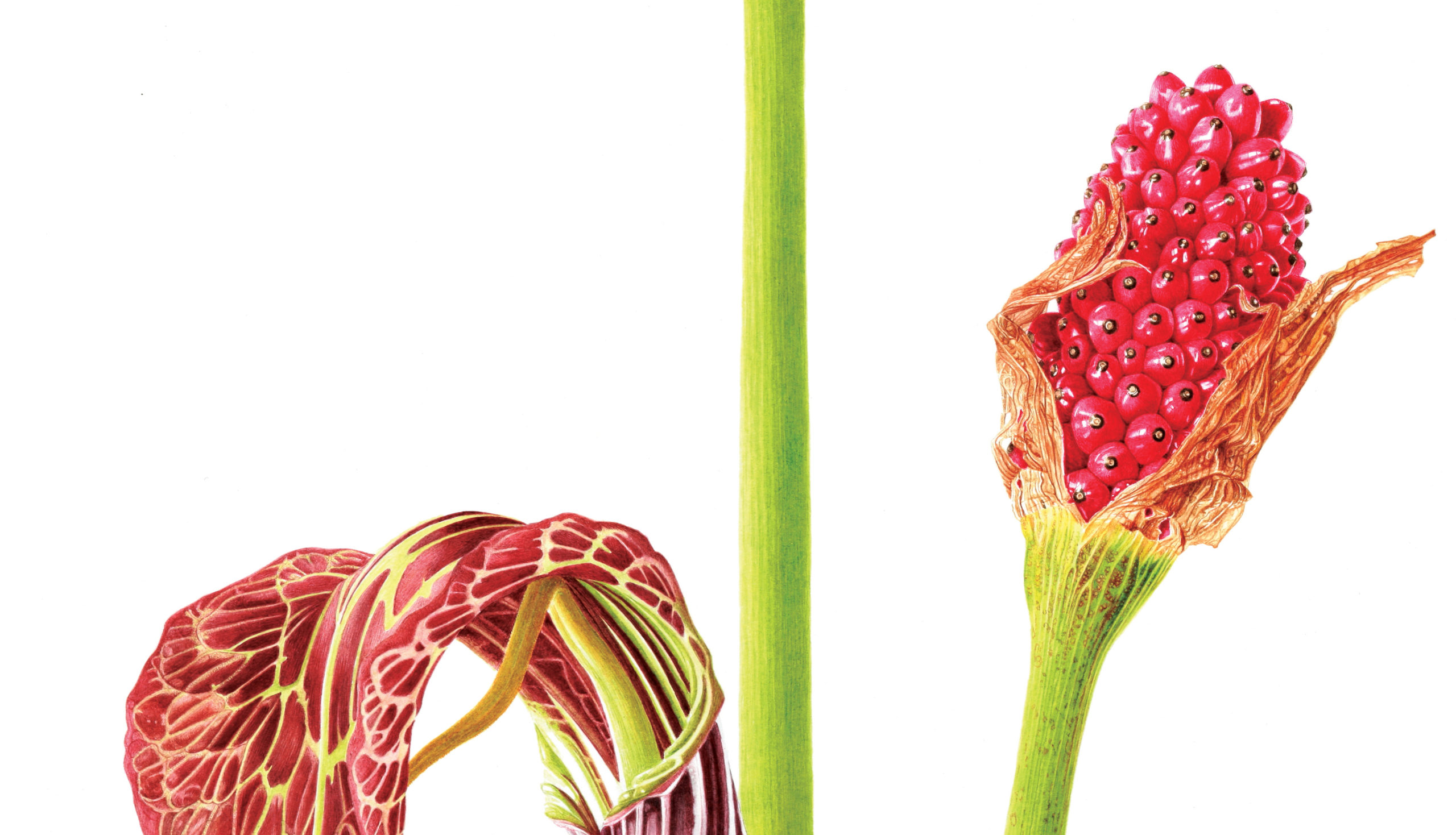 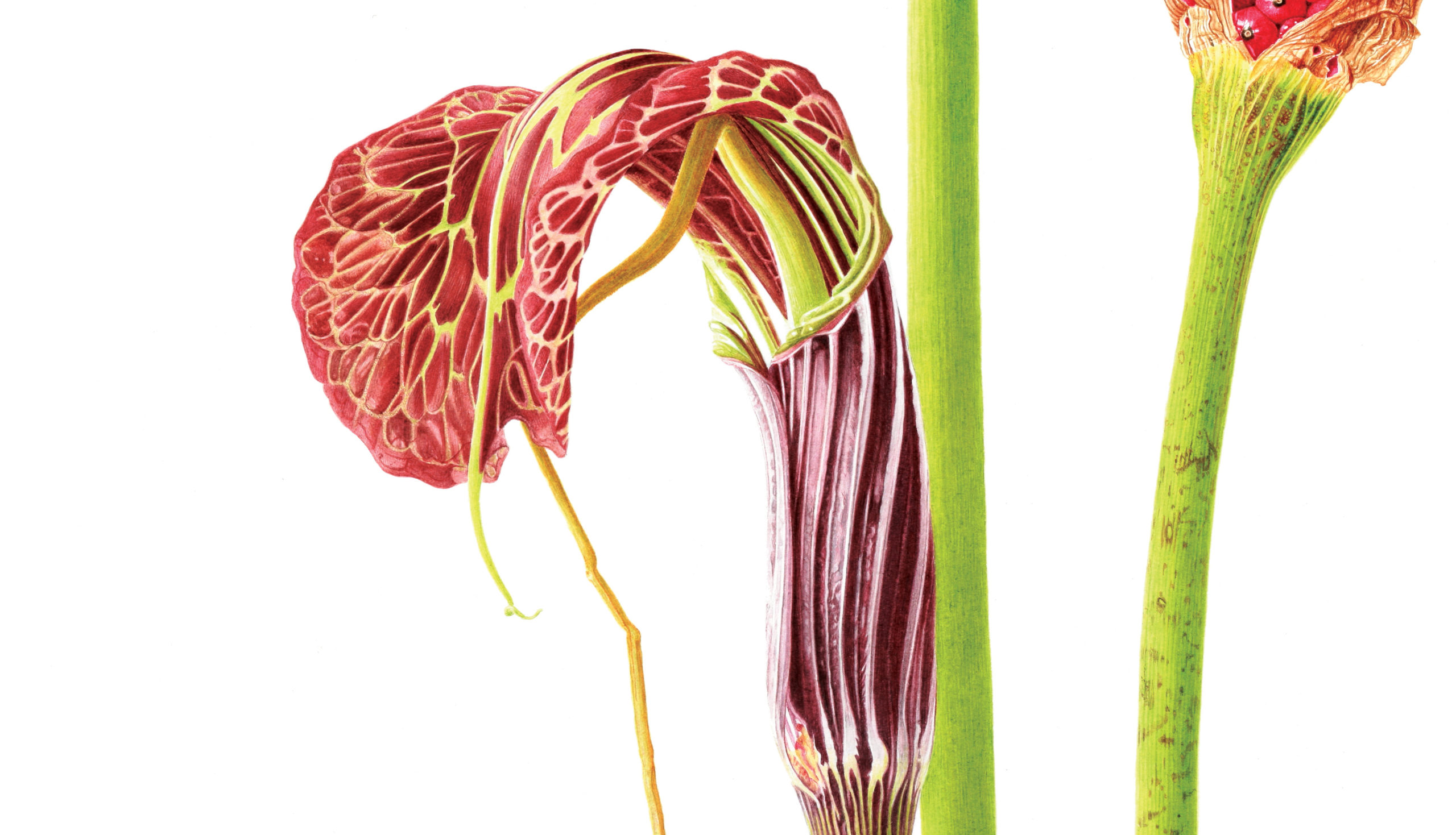 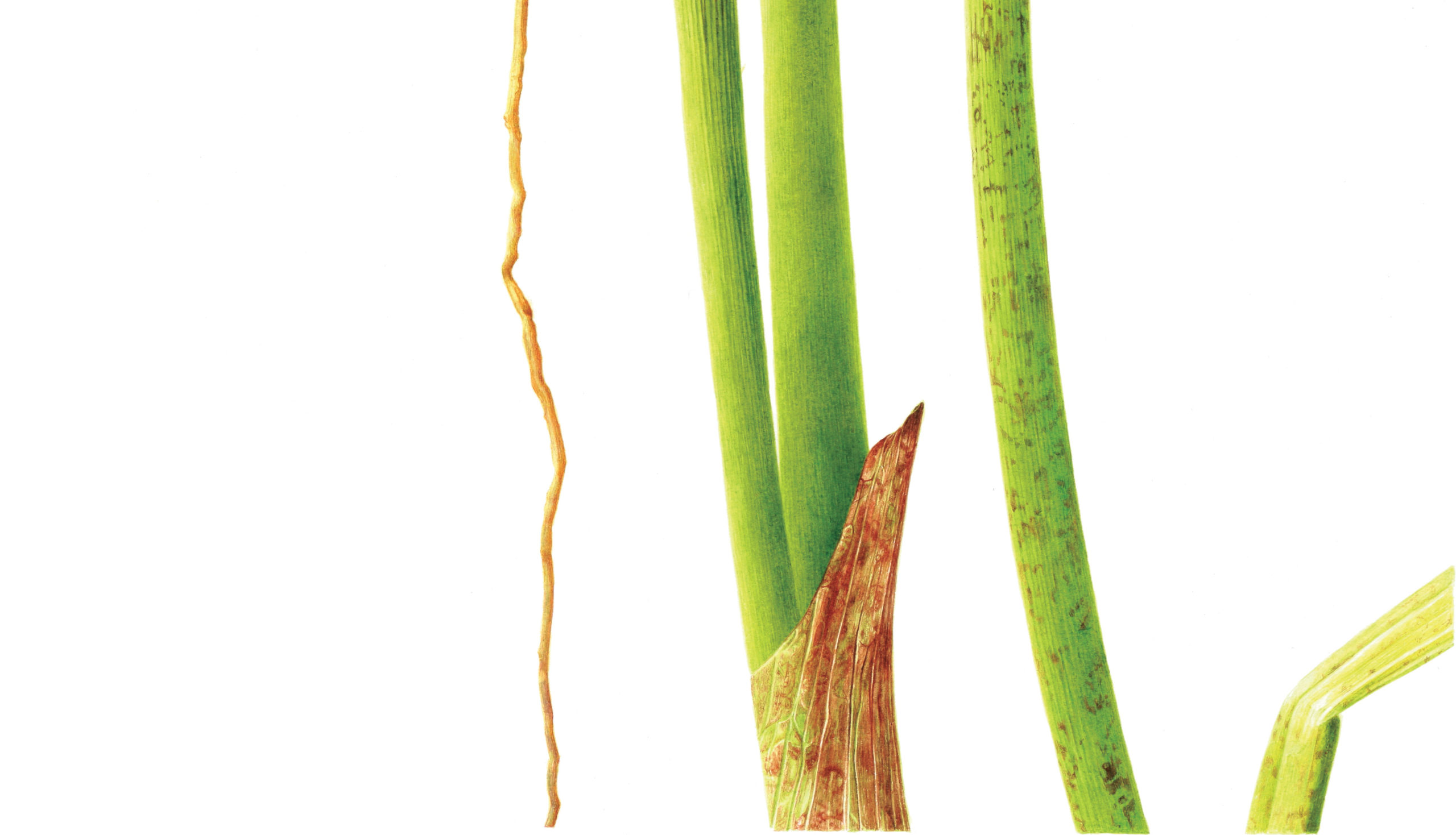 Watercolour on Fabriano 5, framed in Oak

An original watercolour painting of Arisaema griffithii. I watched this plant grow in my Edinburgh garden for two years before painting this specimen. Depicting two seasons of growth, the inflorescence and leaf from the summer months, and the fruit from the autumn season.

Arisaema griffithii or utile is such a fantastic plant, I bought the tubers without seeing the adult plant and was just amazed when I saw the inflorescence, sadly though the flower wilted without even producing sterile fruits, I bought more and more tubers over a few years and finally after four years I was rewarded with some fruit, a treasure indeed! This is the earliest of my plants to emerge from the ground and its always exciting to see how many of my tubers will produce these amazing flowers. The question with this plant was which way to paint the inflorescence, I wanted to show all the typical features, including the spadix so I opted for a side on view, but I think I’m going to have to come back to this plant to focus on some front and side views too, its just so spectacular!