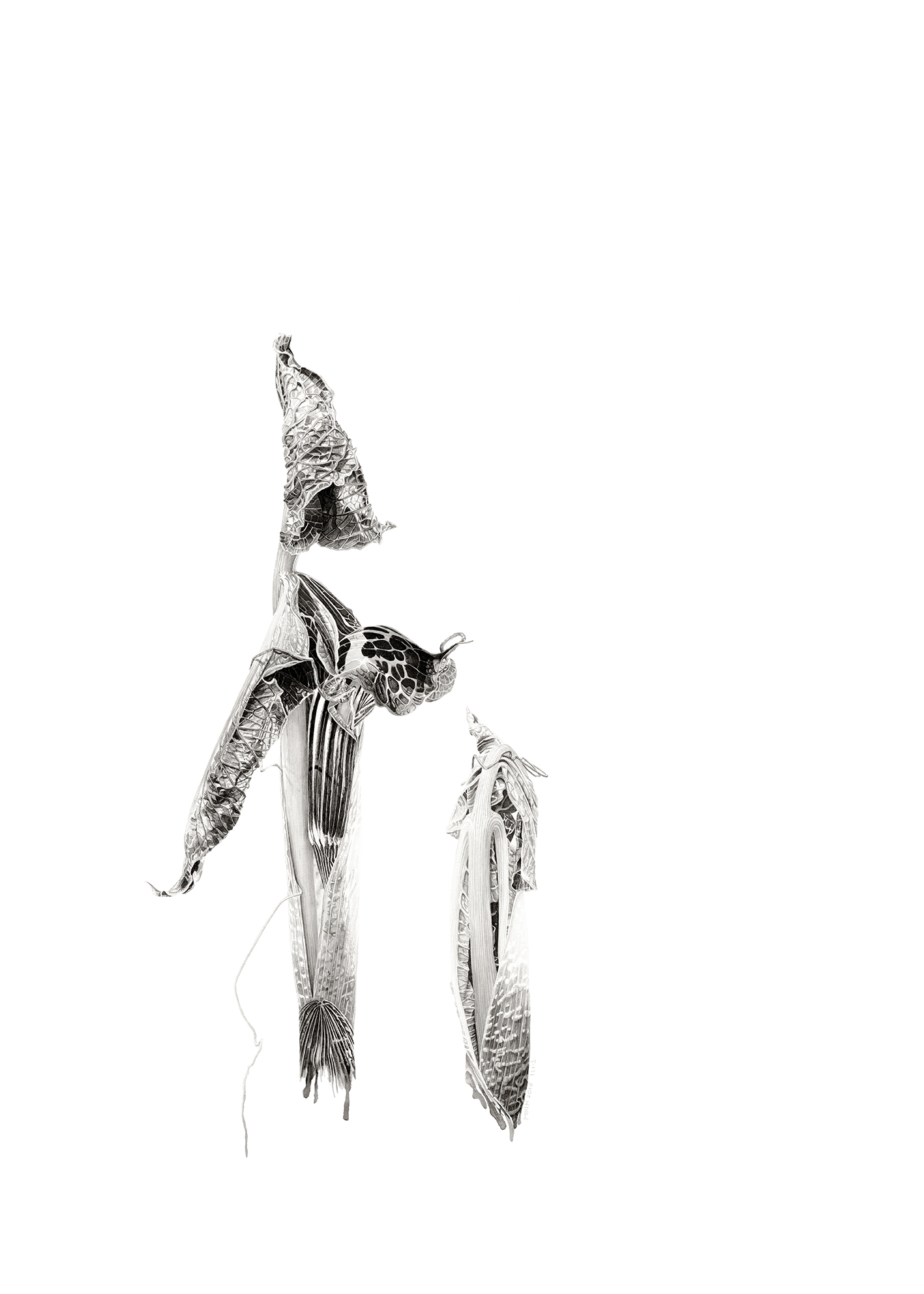 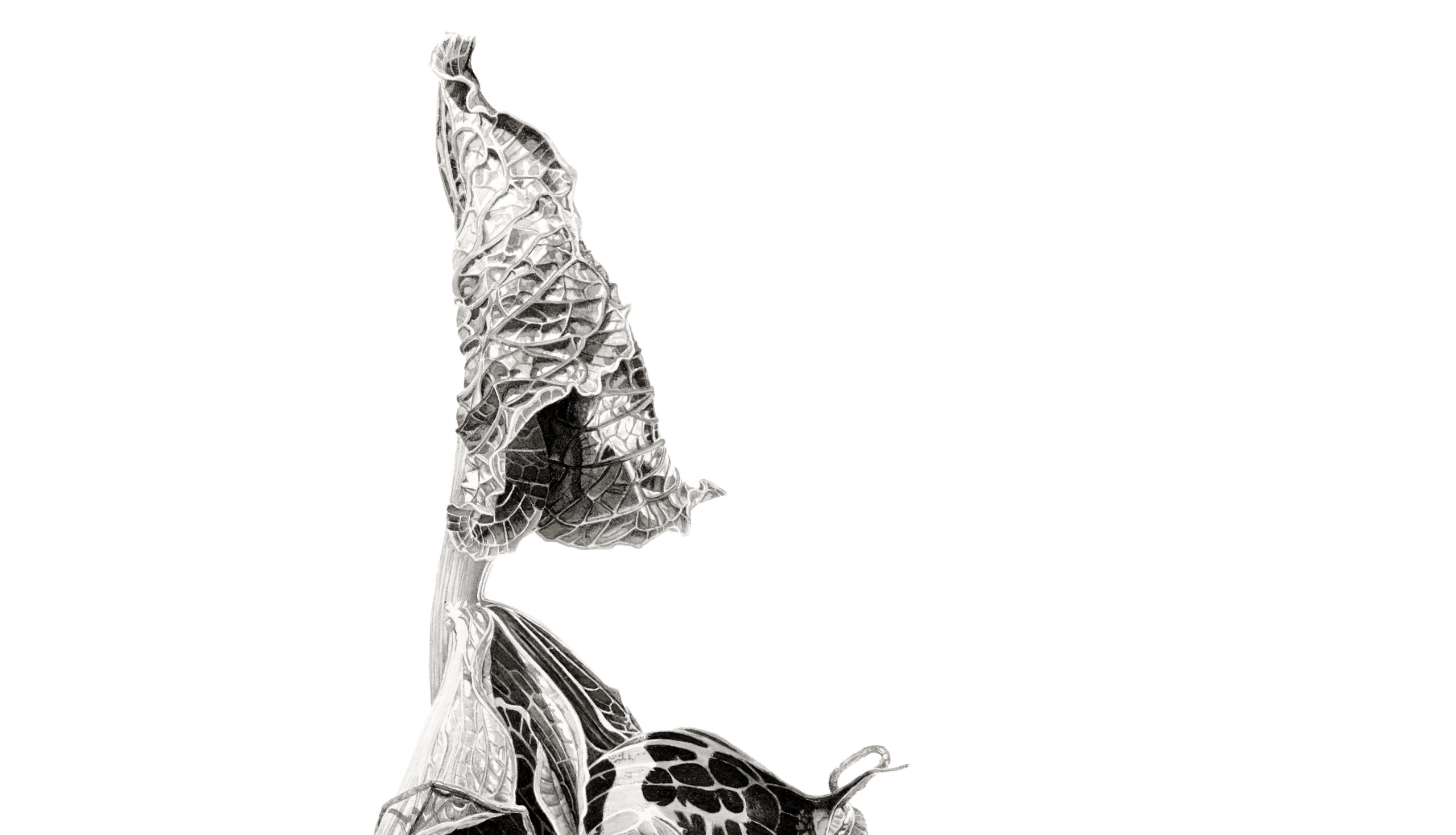 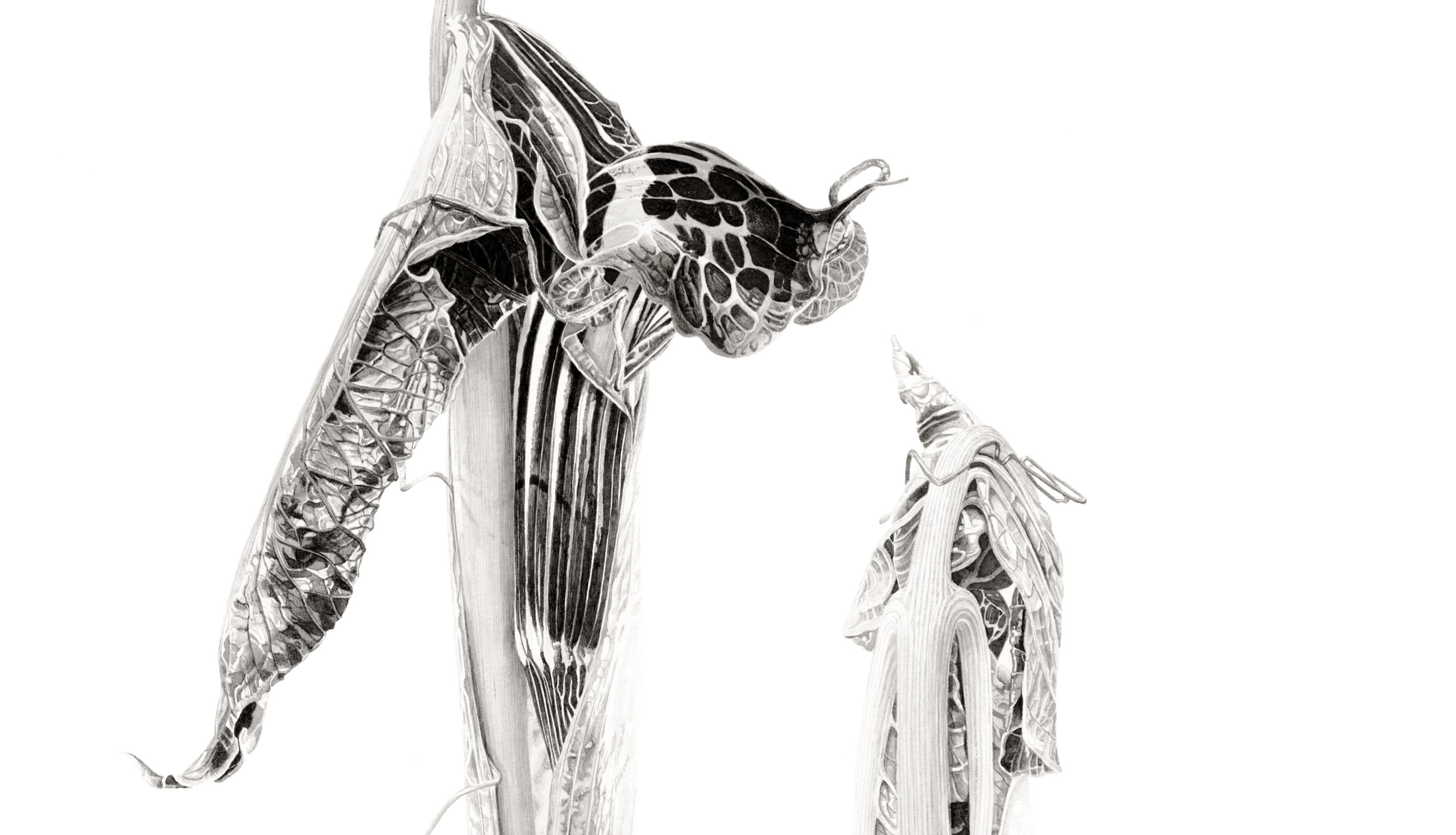 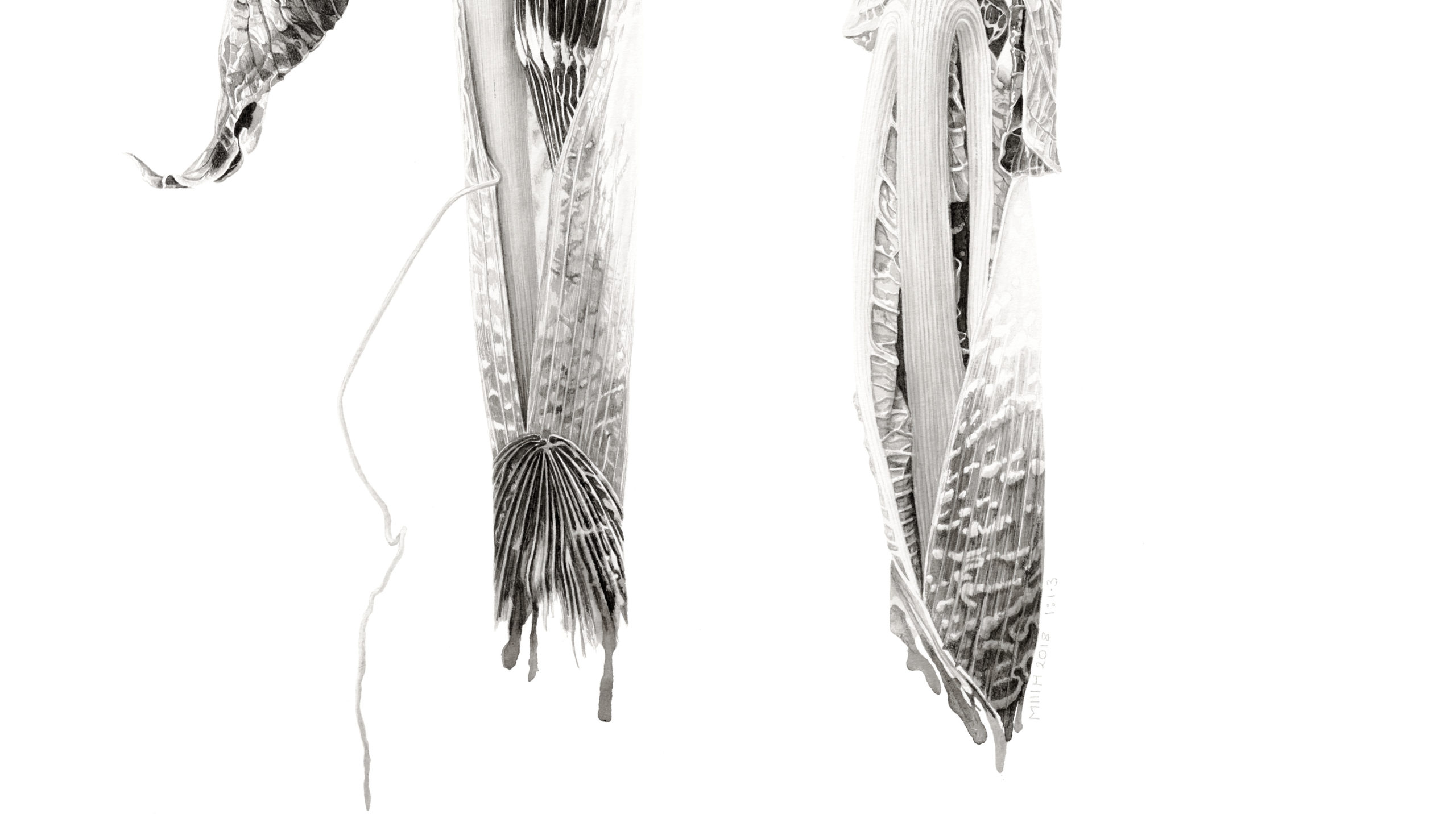 An original pen and ink illustration of Arisaema griffithii.