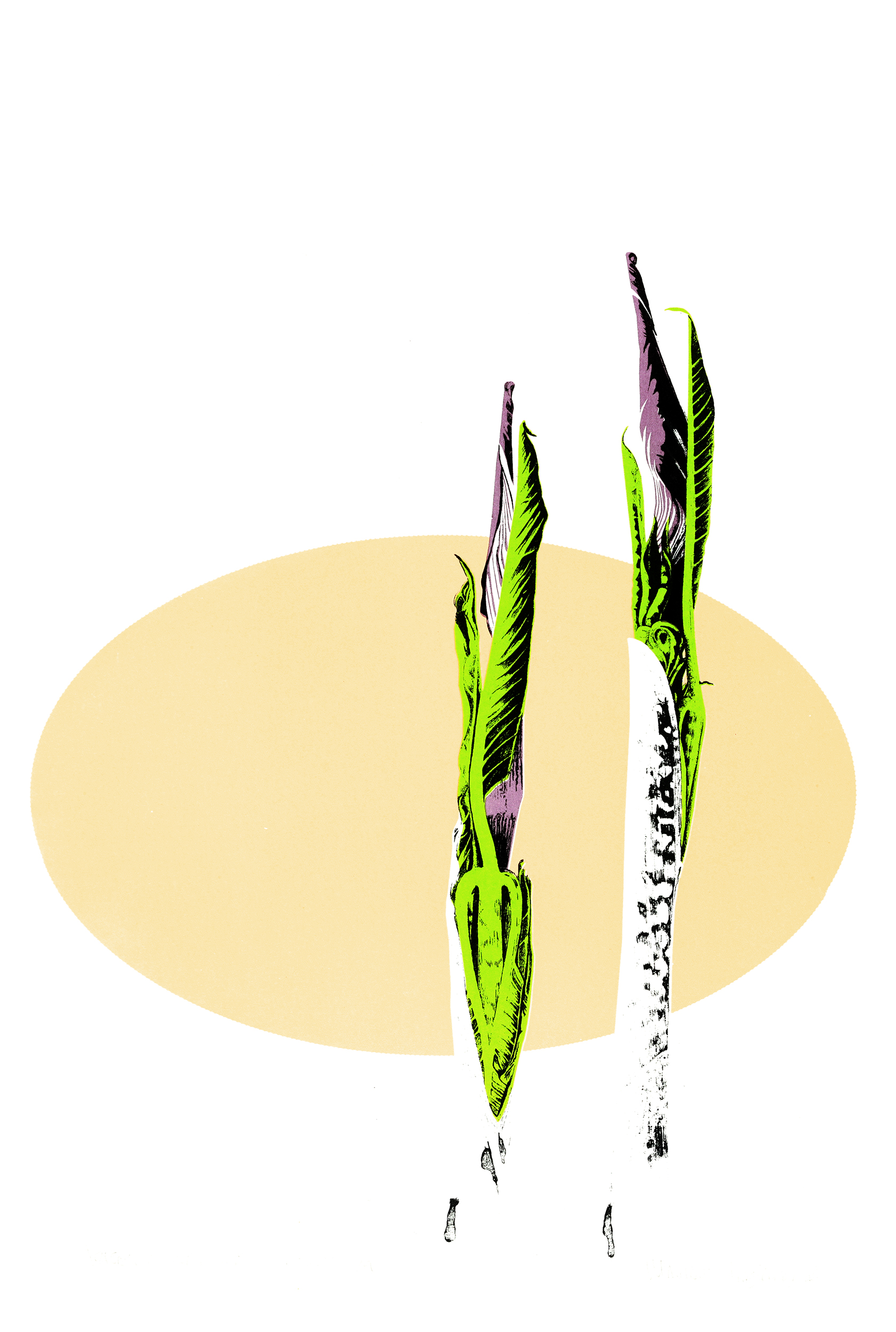 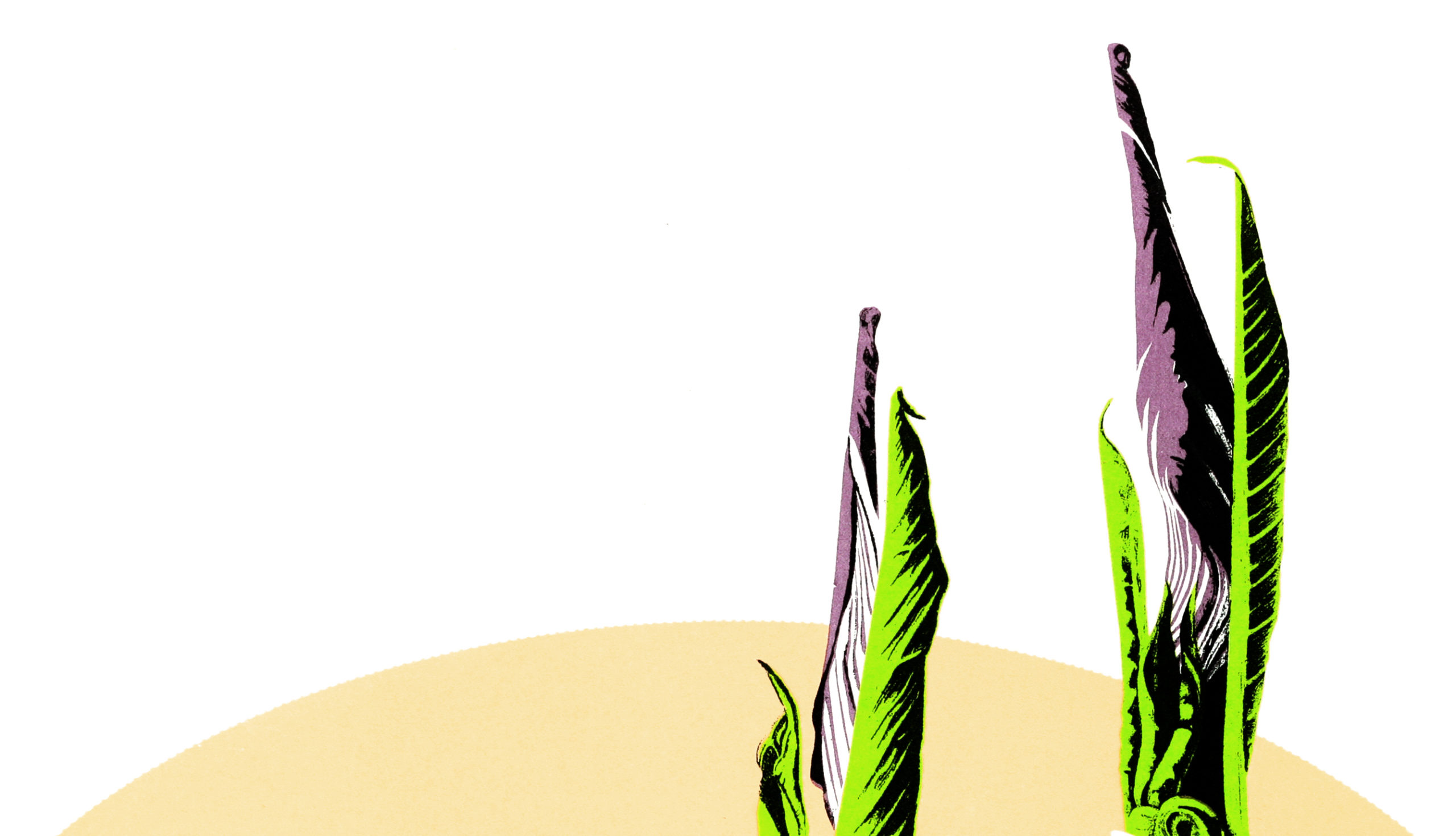 Limited edition run of 9, 8 AVAILABLE unframed, 1 is framed and is AVAILABLE – POA – enquire

This is a four colour screen print. I really love the purple and white striped inflorescence, just beginning to unwrap in conjunction with the structure of the green leaflets.

*the outer sheaves that protect the growing shoots